A New Teaser-I Know It Has Been A While

Today is a me day, I decided I needed a day to celebrate our recent accomplishment. The re-write is finished and we have already revised 2 chapters! I am ecstatic as to how fast the edits are going thanks to all my critique friends who have taken the time to go over my chapters! 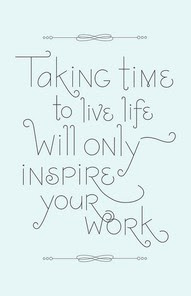 So today I am going hiking and then afterwards I am going to the pool for some relaxing and rejuvenation. It's been a long 3 and a half years!

I know it's been a while since I posted a teaser, but I wanted to wait until we had cleaned up some of the chapters. I have posted this before, but it's been about a year and now it has gone through it's first round of edits. I would love any feed back or comments. As usual, honesty is the best policy and also helps me to write the best book I can.

This is the first part of my prologue, in essence, the very beginning of my book. It begins with a peek into Djenrye and the course that has been set for a prophecy told thousands of years ago. Enjoy and again, I am looking forward to any comments about the writing and the start of the story.

PROLOGUE
18 years in the past
Djenrye
The stone walls of the bed chamber trembled, the force knocking a vase off the side table. Shattered porcelain, lilies, and water slid across the polished wood floor. Carlynn nearly tumbled from the window seat, jolted awake by the tremors. She jerked her head this way and that, trying to discern the cause of the commotion. A brief moment of stillness and then another tremor combined with a distant war cry. In response, the heavy oak door rattled as if something unseen desperately tried to gain entrance.
It could not be long past midnight. Yet, light filtered through the window, eerily illuminating the bedroom. Goose bumps prickled Carlynn’s arms as she protectively wrapped them around her swollen belly. Squinting, she could barely distinguish the prone form of her husband in the bed, three long strides from where she sat. A thunderous noise rose again. When she opened the window outward to get a better view, its roar became deafening.
Torches glowed at the top of the hill where Raile ai Highlae, the Hall of Lights, stood. Monumental in its height and girth, it blocked the light of the full moon. The torches at its base allowed Carlynn to glimpse hundreds of horses choking the long pathway leading to the Hall. Dismounted riders scrambled up the stairs and the hillside, attacking the posted guards.
On the path, three stories below her, a battalion raced toward the insurgents. The armored men rode Dangrial war horses, their weapons drawn, ready for battle, shouting Djen war cries.
The warrior in the lead had short cropped hair, in stark contrast to the unbound locks of the men behind him: Ghorgon, Master Warrior of Phraile Highlae. He rode without the need of reins. In his right hand a sword, an axe in his left.
The Rebels mean to steal the Ortehs.
Terrified at the thought that the Ortehs might fall into the hands of their enemies–the Rebellion—she flew to the bed to wake the Guardian.
Well, that is the beginning so far. It will probably change more by the time it is published, but I want to know what you see needs fixed if you don't mind. Thanks for everything, my friends and have a wonderful weekend!
Love, Lisa
Posted by Unknown at Thursday, August 30, 2012