What Fonts Are You Using? 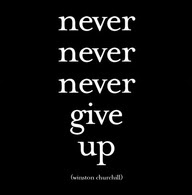 Okay, this is a new one on me - Did you know when you are self-publishing you have to make sure your fonts are not copyrighted? Well, it's true. Again, I am finding out this stuff the hard way.

Thank God for our friend Ryan or we wouldn't have known half of the information he has shared with us through this process!

Yes, one of our fonts is copyrighted and even though I have not heard back from my book designer, I am assuming he didn't know. Now, we have to check each font for the cover, back and map before we can move forward. I feel bad for the nice young lady who is formatting our book into epub because she is now put on hold, again.

I swear, if it's not one thing, it's another! This is wearing me out! So now we are all on hold with publishing. We have to sort through all of this and redo the fonts. Hopefully when we fix this, it will be the last major issue.

I am sure this will all be fixed and we will launch. It will happen. Thanks to all of you who have been patient and supportive of us through all of these problems. But you are definitely getting a front row seat to all the steps involved in self-publishing.

One more thing I learned - What font you use is like a signature of your book(s), too. So we have to decide carefully since each book should have the same design. Those of you who now think "I am going through a traditional publisher after hearing all this", I just want to say, it is all worth it, still. Yes it takes time, but not as much time. In fact not even close to as much time as it takes this way.

I know writers that have waited years. So if your going through problems like me, hang in there, it will get better. (I have to tell myself the same thing) 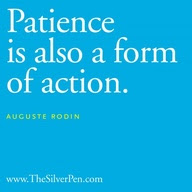 I hope all of you have a great week. Just a small note, Toni had surgery for her collarbone yesterday and she is doing fine. She is at home resting and I did talk to her this morning.


Thanks to those of you who's thoughts and prayers were with her.