A Teaser From Lore 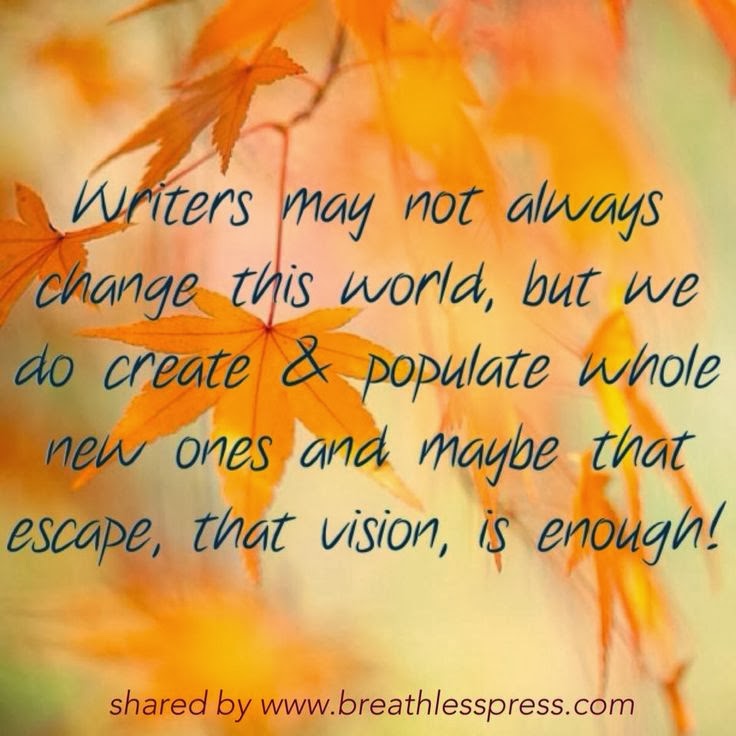 As Promised I am posting a teaser from Lore - book 2 of The Lorn Prophecy. We have only started revising the manuscript and have the prologue and chapter 1 close to finished, but I thought it would be fun to post a sneak peek into what happens when Stevie, Colton, and Marise reach the other side of the portal.

I hope you enjoy and if you want please leave a comment and let me know what you think so far. Your opinions mean the world to us!

From Chapter 1 near the beginning of the chapter:

She held her breath, closed her eyes, and hand-in-hand with Colton stepped through the liquid-looking substance.
Time had no meaning. Whipped about this way and that, she entered a carnival ride from hell. Stevie opened her eyes, but could not focus. Colton was no longer at her side. Dizzy to the point of nausea, she had no idea when she stepped into the portal that she would be thrown around so brutally.
A portal? It should be called a “brain scrambler”.
Her feet landed on solid ground and she stumbled forward. A rough cave wall came into view. She had entered the other side.
Stevie swiped at the long blonde mass of hair that had come loose from her ponytail. She leaned against the earthen wall of the cave to keep from collapsing. Eventually, the cavern stopped spinning, but her legs remained rubbery. She gingerly pushed off of the wall. Glancing down, she was happy her vision had returned to normal, but unhappy with the reddish-brown dirt covering her hand. Wiping it clean on her jeans she glanced around the dim cave. This doesn’t really look like another dimension—just another cave.
Well, except for that… Her eyes drifted back to the portal.
It had returned to its swirling colors. The Gods’ version of closing a door, I guess.
The trembling in her limbs subsided. Two strong hands slipped around her waist from behind. She did not have to turn to know it was Colton. She recognized his scent, his presence. If her eyes were closed and he approached, she would feel him.
“Are you ready to see the land of your birth?” He asked. His warm breath blew softly across the back of her neck and his raven hair tickled her cheek.
“Yup, I’m ready.” She hoped she sounded more confident than she felt. What will these people expect of me? What do I expect of this world? Stevie had no idea. She waited until Colton moved to her side and clasped her hand in his. Together they slowly walked out into the vast wilderness of Djenrye.
The brightness of the sun momentarily blinded her. She heard a voice to her right and glimpsed a female figure haloed in the glare.
“Welcome to Djenrye!” The woman said jubilantly.
Marise. Colton’s Warrior sister had entered this world ahead of them.
Marise approached. “I’ve scouted the perimeter. I located the tracks of the Rebellion. They head south-west, perpendicular to our direction north to Phraile Highlae.”
“How long did that portal ride take?” Stevie asked.
“Moments,” Colton responded. “It took longer for you to gain your footing than the passage itself.”


Squinting, she moved unsteadily toward Marise, who embraced her warmly. As they parted, Stevie’s eyes adjusted to the brightness, and when they did…Oh! My! God!

I hope you liked the excerpt from our book! Thanks for everything and have a wonderful weekend everyone!
Love, Lisa
Posted by Unknown at Friday, January 10, 2014