An Excerpt From Lore 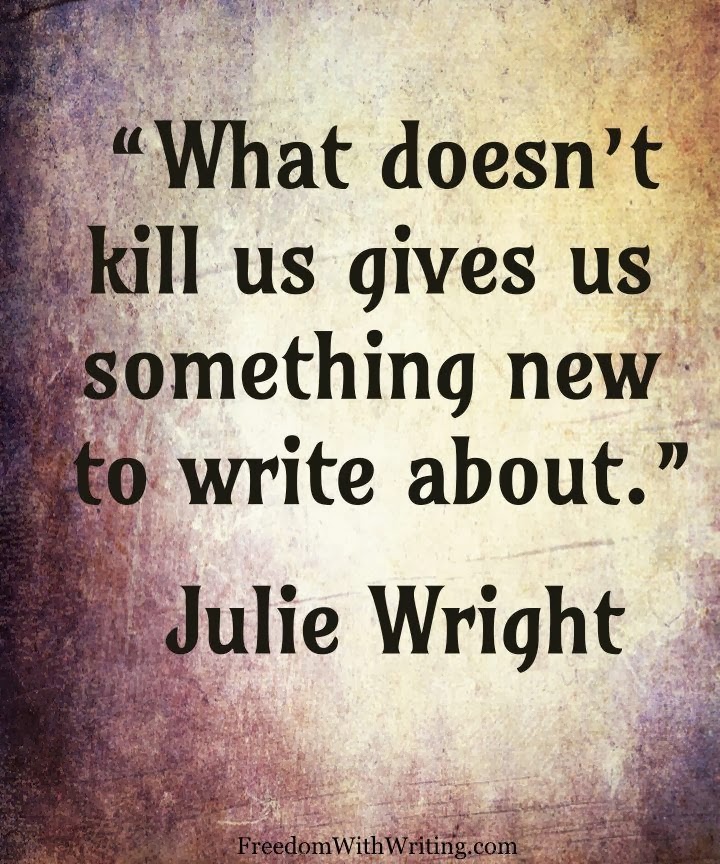 Happy Friday all! We had a great turnout for the blog the last few days. Thank you so much, Sharon Ledwith, for being a guest on my blog and thanks to all of you who participated with comments and even just coming by and reading Sharon's article. I will announce the winner of Sharon's book on my next post on Tuesday.

Today I decided to post a little from Lore. This part is the first introduction of Detective Wood and Jack Snow when they arrive back in Golden from Washington State. Wood decided to stay in a hotel on the outskirts of town to not raise awareness of being back. I hope you enjoy!


All that evening and the next day’s drive Wood and Jack worked on the story the detective would relay to the FBI. The tale must hold enough truth to be told without hesitation or it would not be believable. They decided not to address the issue of the Warrior and the anomalies in the samples. The best defense here—as Jack to aptly put it—was to play dumb.
And then there was the question of Stevie. Neither Wood nor Jack had an answer. Unfortunately, this one fell hard on Jan’s shoulders. Wood wanted badly to contact Stevie’s mother and be a sounding board for the story she had concocted, but it was too risky right now.
“I said when are we going to call Jan?”
Jack’s voice startled Wood. He had not noticed the radio was off. “That’s a call you’ll need to make. Until I can speak with Drake, I have no idea how far the FBI have dug themselves in. I’m worried her landline could be tapped.”
“Hello? Twenty-first century calling Detective Wood…she has a cell phone.”
“You think?” Wood responded, curtly. “They have ways of tapping those, too. Regardless, you calling won’t raise any suspicion if someone is listening in.” After two weeks, the last one spent without Stevie as a buffer, Jack’s sense of humor began to wear thin. He’s a lot funnier when I don’t have to be with him 24/7.
“Sounds like I need to drop by rather than calling her, huh?” The interstate curved southwest as it passed Highway 58. Jack turned around in his seat. “You missed the turnoff to Golden.”
“Not exactly,” Wood pointed to the La Quinta Inn sign on his right. “When I said I was going to stay at a hotel, that’s the one I meant. Close enough to Golden, but hopefully far enough away not to be noticed.”
It took little time to get checked in. Wood paid cash, but thanks to the lovely Homeland Security, he had to provide the front desk with a copy of his Driver’s License. No matter. The Feds wouldn’t know or care if Wood stayed at a hotel rather than heading straight home—assuming they even bother to check on the date and time he returned to Golden. I’ve gotta remember to mention wanting another day of “vacation”, when I get called in. Better I bring it up than the Feds.
While Jack waited in Wood’s room for his taxi to arrive, Wood laid out his plan to contact Detective Drake. “It’s not that complicated. Just call Sarah and tell her to meet you tonight in the alley between First and Second off Washington Street. You’ll bring her to the La Quinta Inn.”
“But you said her cell phone could be tapped,” Jack looked out the window. “Taxi’s here.”
Wood tore off a piece of paper from the complimentary pad next to the phone. He scribbled an address. “Here is Detective Drake’s address. You can slip a note under her door.”
“What if they’re watching her house?” Jack asked, hovering near the door. He had a mischievous gleam in his eyes that made Wood a bit edgy.
“This isn’t some sort of covert operation. Just stop by and give Sarah the message.”
“Wait, I know,” Jack opened the door and stood in the frame. “I’ll get a bouquet of flowers from King Soopers and pretend to be a delivery boy. On the card, I’ll write out the instructions about meeting me and stuff.”


“Jeez, Jack,” Wood shook his head pushed Jack over the thresh hold. “Whatever works for you. As long as you bring her to the hotel by nine.” He shut the door before Jack could respond. Ahead of him was the promise of a hot shower and maybe even a nap—if his nerves would let him sleep.

I hope you enjoyed the sneak peek. Have a great weekend everyone! See you on Tuesday!
Love, Lisa
Posted by Unknown at Friday, February 21, 2014