What's Up With Wood and Jack

Life's been sort of a fast-track lately. I've had more things going on and interruptions from writing than I care to deal with. But now that the wedding is in the past and soon having the kids during the honeymoon will be there also, I can get back to concentrating on doing what I love, writing.

The last two months have been a struggle to get ahead with Lore. We should be several chapters further and will be playing catch up in the fall. I know summer is time for play, but we pay for it later.

Toni and I are trying to get though chapters as much as we can though. We are still on 14 but are almost finished with it. Probably Saturday since tonight we have to go over critique marks for chapter 12. One more week and Toni goes on a two week vacation with her husband, Scotte, so we will be working hard after she gets back.

I thought since there really isn't anything new to report today I would post another excerpt from Lore! This one will be on this side of the portal. I want to make sure to give Wood, Jack, and Alyssa fans the same amount of sneaks as those who want to know more about Djenrye.

So here ya go! I hope you enjoy and you're more than welcome to leave feedback in the comment section. I love your thoughts!

Water rushed down the culverts into the drains—all that was left of the earlier storm. Jack’s tires were fairly new but it did not

stop him from hydroplaning a couple of times. It took an effort to slow down.
Alyssa didn’t seem to notice. She kept up a continuous flow of chatter. He’d only been gone for a few weeks, but the way she acted, you’d think he’d been away for a year. After all that had happened, the mundane prattle seemed inconsequential. Although he loved listening to the sound of her voice, the words had lost all meaning by the time they pulled into the hotel parking lot.
Before Jack could turn off the ignition, Wood emerged from his hotel room. Jack had become used to seeing him in jeans and tee or flannel shirts. Even when Jack had first met the detective, he wore pressed jeans and a sport coat—but a tie? Today, his blue suit looked odd. The outfit didn’t match the bags under his eyes and his drawn expression.
Wood leaned into Jack’s open window. “I thought we’d eat at the diner across the parking lot.”
“Sounds good. I’m starved.” Jack stepped out of the car and moved toward the passenger side to get Alyssa’s door. He shouldn’t have bothered. She was out of the car in a flash, nearly knocking the detective over when she jumped at him with a full-on bear hug.
“Wood,” she squealed. “I’ve missed you.”
“Good to see you, too, Alyssa,” he said, untangling himself from her embrace.
She slipped one hand through the crook of Jack’s arm and the other through Wood’s, and with her escorts, they walked into the restaurant.
Jack kept his curiosity in check until after they ordered. The moment the waitress was out of earshot, he blurted out. “So, give. What did Drake say to you last night?”
Wood glanced down at his coffee. “I don’t know how to tell you this.” His attention turned to Alyssa. “The Feds want to speak with you and Mrs. Barrett this afternoon.”
Alyssa’s face went white. “What?” 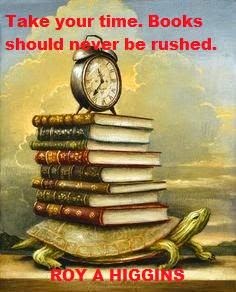 Jack reached under the table to grasp her hand. “Hear him out, Lissy.”
“But, the Feds? When did they get involved?”
Wood relayed his discussion with Drake. “This could be dangerous for us. Agent Carson seems to have an open mind to the unexplained. I’m worried he’ll be relentless if he even gets a whiff of something otherworldly.” The detective paused. Under his breath, but loud enough for Jack to hear, he said, “I know I would be.”
“Wood,” Jack said, “how about you go over what Lissy needs to say.”
“Of course.” The detective leaned in a bit. “Alyssa, they’re going to ask you a lot of questions and will try to trip you up. I’ve thought about this most of the night. They will likely focus on any knowledge you have of the attacks on Mrs. Barrett, if you know Stevie’s whereabouts, and if you have had any contact with her. They may even ask if you know anything about Mrs. Barrett’s assailants.”
Alyssa’s grip tightened painfully on Jack’s hand. “Why would they think I’d know anything? What am I supposed to say?”
“Tell them the basics,” Wood replied, his voice low. “You don’t know anything about the attack or the attackers and you have talked to Stevie on the phone.”
“What do I say about where she is?” Alyssa shivered and released Jack’s hand. She folded her flannel shirt around her like a blanket and melted back into the booth. She looked like a small child.
“Just tell them what you’ve been telling everyone else—that she’s in Canada with her aunt and uncle,” Jack said, resisting the urge to pull her into his arms and protect her.
Wood nodded. “Keep it simple. Stick to the facts you know. Don’t elaborate. And if they ask you for speculation, just say you don’t know.” He took a sip of his coffee. “One more thing. I’m only telling you this so you won’t be caught off guard. The Feds will likely ask you about Jan and Stevie’s relationship. They might even imply that Stevie had something to do with the attacks.”
Anger boiled to the surface. Jack slammed his fist on the table. “You’ve gotta be kidding me. After all we’ve been through?”
Wood’s lips hardly moved, but his voice took on a gruff quality. “Keep your voice down. Remember, the Feds don’t know what you’ve been through. That’s the point. They cannot know.”
“What about Jan?” Alyssa asked.
“Jack needs to contact her to give her a heads up. The more prepared we are, the easier it will be to mislead the Feds and keep Stevie’s secret safe.”
Alyssa released the death-grip on her shirt. Her hands shook as she reached for the latte. Jack was afraid she might spill the coffee all over the table.
“And if they find out?” she asked quietly.


Wood shook his head. “I don’t know. Drake and I will work from the inside to lead the Feds toward de-bunking any ideas of supernatural involvement. You two, and Jan, will need to stand firm in your stories and not elaborate. That’s all we can do.”

I hope you liked the sneak peek! Next week I will be showing off our new character paintings of Colton and Stevie. I hope you like those as well. They will be on our new website when it's published. Until then, have a marvelous weekend!

Email ThisBlogThis!Share to TwitterShare to FacebookShare to Pinterest
Labels: catching up, Excerpt from Lore, fantasy fiction, Wood and Jack