Struggling Along With Blurbs 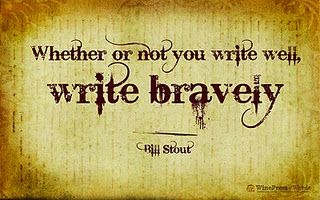 For those of you who've been on my fanpage lately you know I've had major issues with writing a blurb for Lineage - book 2 of The Djenrye Chronicles. I know, you think what's so hard about writing a blurb? Actually in a lot of ways, it's as difficult as writing a synopsis or query letter.


The idea of a blurb, or teaser, is to outline your story in a few paragraphs. Within that outline you must introduce your characters, their basic conflicts, the antagonist, and at the same time incise the reader to want to read the book. Not as easy as you think.

Now, I know I should be able to do this with my eyes closed, right? Wrong! Especially when your own critique partner is asking lots of questions about the story line in her critiques. Not that she shouldn't be asking those questions, it's the fact that she did, which leads me to believe so will the reader.

So, onto fixing the marks...3 days later I'm still pulling my hair out! Finally I had enough and at 2 PAGES of blurb, I began the necessary cutting, if you know what I mean. I had to shorten this tremendously.

So I did. I cut out all kinds of stuff. Then I text my other critique partner and told her what I was going through. She now has my mess of a blurb and hopefully can make some sense out of it.

Onward and upward, I say! 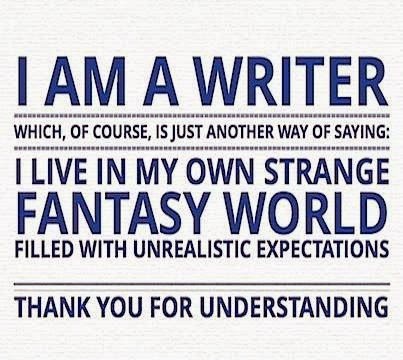 In the mean time, I did manage to write the blurb for Lore - book 2 of The Lorn Prophecy. I thought I would share it on here and you guys can let me know what you think. I would love to know if it entices you and makes you want to get the book ASAP.


Lore – Book 2 of The Lorn Prophecy

Stevie has crossed through the portal from her home in Terra-hun to the mysterious world of the Djen.
Lore takes the reader into Djenrye, a pristine world, yet filled with strife, and follows Stevie’s journey to becoming their new Guardian.  She is mesmerized by the untouched wilderness and fantastical beings of this new realm. As she traverses this ancient world, still hunted by the Rebellion, she gains new protectors and friends. A Faerie Queen and a daughter of the Behm become her sentinels, along with Colton—the love of her life.
New and unexpected enemy's surface. Colton, afraid for her life, uses all his power and knowledge to guide her through the country while protecting her from unforeseen dissention and threats. The untouched paradise has become a place of anxiety and fear for Stevie and her role as the Guardian.

Meanwhile back in Terra-hun, Wood, Jack, Alyssa, and Jan struggle to keep the secret of Djenrye and Stevie’s heritage. FBI agents have been called in to investigate the odd circumstances of Jan Barrett’s attack. As the Feds dissect the case, Detective Wood and the group try to stay one step ahead of them. The last thing they need is to turn from victims to suspects in the murders of two Golden police officers.
One of the FBI agent’s has also witnessed strange phenomenon and knows there is more to this story. He becomes Wood’s worst nightmare as he closes in on the truth.


Wood and the others must protect the portal and the people on the other side. To do so might mean the hardest decision of their lives—walking away from the only world they have ever known.

Well, there you go. Did you like this one? Are you ready to read Lore?
Thanks for all your support in my writing endeavors. You guys are wonderful!
Have a nice weekend, Lisa