Is There Enough White On The Page 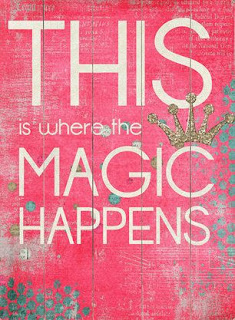 If you're a new writer you're probably wondering what I mean by the title. No it doesn't mean no words, it means are you splitting up your work into paragraphs, or are you continuously writing, so that is all you see is words on the entire page. The white is in between and breaks up the long, drawn out reading.


There are several different reasons why you start a new paragraph. I'm going to list them here and hope it helps you to know when to start a new one, whether it is to break up the writing, or because of dialog.

1. When you change subjects : For example - If your character is describing a scene, and then switches to action, you would want to start a new paragraph. I'll give you a small scene from my book to give you an idea.

Vines and foliage grew up the cavern's walls. He could make his way within a rod from the tunnel. Then he would have to rely on niches to ascend the rest of the way. He prayed he would be able to climb up without falling back into the trees.

Colton took a deep breath and released it. He trudged through the dense plants to the wall. A few of the plants had hefty trunks, with large branches growing out the sides. He tested his weight and and pulled himself into the tree.

Now I think some of you would have made this one big paragraph. It seems like it is the same subject, but it really isn't. First the cavern wall is being described. The next paragraph is his attempt at the climb.

There has been plenty of times where my critique partners point out areas where I need to start a new paragraph. Sometimes it can be difficult to see the slight variation. It happens to all of us, but you do want to see the white spaces down the page. It breaks up the droning feel of a page with all words and is easier on the eyes.

2. Dialog between characters : When 2 or more characters are having a conversation, you need to break up the voices with paragraphs. I know most of you are saying I already know this, but I have seen this a lot - even in traditional published books. For example -

Carson Frowned. "It's all been checked. No go." He drank his coffee and threw away the cup. "Why don't we go get in a few winks? The Chief can let us know if anything happens." He rose from his chair and grabbed his briefcase. 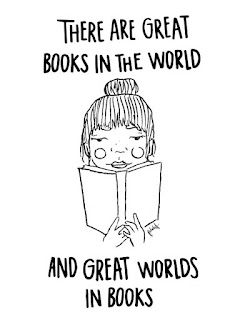 As you see, I broke up the two voices and action with 2 paragraphs. Even if you are continuing the dialog with action, you stay within that dialog paragraph, unless the subject changes. If that is the case, then finish the next subject in the next paragraph and start a new one with the second character in the scene.


3. Action paragraphs : This is used sometimes with authors to punch up a scene. Instead of continuing a paragraph, the author will use either a short sentence that stands alone for emphasis, or will go back and forth between action moves and list them separately down the page. For example -


Colton laughed. “Are you ready to battle, brother? I do not have all day.
Torren drew his sword and lunged.
Colton sidestepped.
The Rebel Leader lost his balance and lurched forward.

This is a fight scene and it shows how the action moves along quicker with each short paragraph.

Jason caught a glance of Marek’s face in the van window. That was his cue. He threw on the gloves and cap, ran down, past the comatose Agents, and got in the driver’s seat. The keys were in the ignition. Marveling at the speed and near invisibility of the Djen, he took off out of the lot. As if providence shined on them, the light changed to green.


So as you can see I did a small separate paragraph. It gives the above one more punch and adds to the intrigue.

These are a few examples of reasons for new paragraphs, plus it is easier to read something with breakups on the page.

So when you are into your revisions and you come across lengthy paragraphs, take a minute to look at it and see if you can break it up. The writing will seem much cleaner and the reader will enjoy your story a lot more.

I hope this little hint helps you in your writing. If you have any thoughts, please leave me a comment. I would love to hear from you!

Have a wonderful weekend and keep on writing!